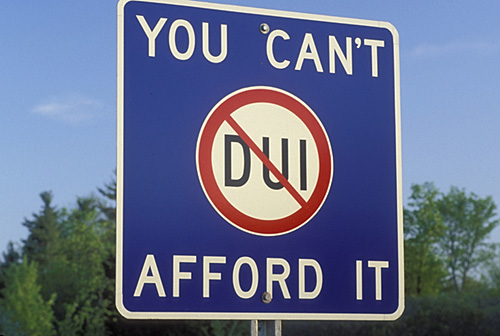 What Is the DUI Expungement Process in California?

If you’ve been arrested for or convicted of driving under the influence (DUI) in California, you’ve now got a RAP sheet, a “Record of Arrests and Prosecution”—a criminal record—which is probably not the kind of “street cred” you were looking for.

Your DUI record will haunt you for a long time—forever, to be exact—since it becomes part of your permanent record. That means the next time you apply for a job or a car loan or an apartment and the gatekeeper run a background check on you, they’ll see your criminal record and likely hold it against you—UNLESS you are able to clear your criminal record by getting an expungement.

Expungement, per California Penal Code 1203.4, removes the DUI from your RAP sheet—and thus from the commercial background checks used by employers and landlords. It’s as if your DUI never happened.

How do you remove a DUI record in California? What is the process, what are the eligibility criteria, and how long does it take? Note: This is not intended as legal advice.

Expungement is available to California defendants convicted of both misdemeanors and felonies IF the defendant meets the following conditions. He or she:

Probation for a DUI conviction typically lasts three years, but can be as many as five—regardless of whether your conviction was a misdemeanor (“summary” probation) or a felony (“formal” probation). For most DUI convictions, the case becomes eligible for expungement the moment your probation is completed.

2. Petition the Court for Expungement

If you have completed all conditions of your probation, you can immediately petition the court to expunge your record. Generally, a petition for expungement must be filed with the court that convicted you. You’ll want to access your criminal record and to complete all the appropriate expungement forms.

If you decide to do a DIY (do-it-yourself) expungement, you may be able to get assistance from your local courthouse, which can hopefully assist you with the forms you need to fill out and where they should be filed. (See California’s Petition for Dismissal (CR-180) form as an example.)

But keep in mind that the expungement process can be lengthy and complex—especially with DUI felonies. You should seriously consider hiring an experienced expungement lawyer at this point. You’ll want an attorney who is familiar with California expungement laws and who has a good working knowledge of the specific court you will be working with. Ultimately, it will be up to the judge to decide whether you are granted expungement, so an attorney who knows your judge and court can be a huge advantage.

If the judge grants the petition, then either:

The defendant (you) withdraws their original plea of guilty or “nolo contendere” (no contest) and re-enters a “not guilty” plea, or

If the defendant was found guilty via a jury trial or bench trial, the judge “sets aside” the verdict.

The judge then dismisses the case, and your DUI arrest and conviction vanish from most public records. Your record cannot be accessed on a consumer background check, and cannot be held against you if discovered by an employer.

You can now truthfully—and legally—tell employers, landlords, and lenders that you have never been arrested, accused, or charged with a crime. Your DUI is erased and your slate is clean.