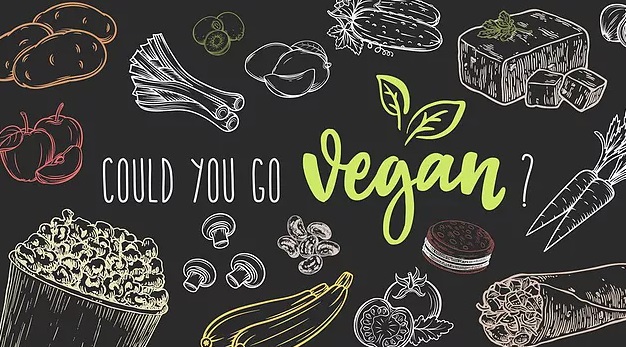 Please only continue if you have interest in going vegan. I want to start by saying I am NOT a vegan. I had sushi a week ago and a burger a month ago. But my whole like up until last year I ate meat, usually many different kinds every meal every day. It wasn’t until my stomach aches were getting worse and I decided after watching Forks over Knives and Cowspiracy, that I would replace 1 meal a day with a vegetarian one. It wasn’t long until I realized I personally felt better after those meals, and worse after meals with meats. As 2017 went on the vegetarian meals started taking over where I wouldn’t eat meat for weeks or even a monnth at a time which was CRAZY considering my favorite restaurant was Ruth’s Chris and I would slow smoke a tri tip weekly for my friends. . At this point I try to eat vegan as much as possible. I am not writing this to PUSH you to do anything you don’t want to do. I am writing this because if you have an inclination to just try it, I figured I would say what got me into it, which wasn’t an overnight change. Below is a list of where to begin if going vegan which was sent to me by, Lizette on instagram who is an animal activist.