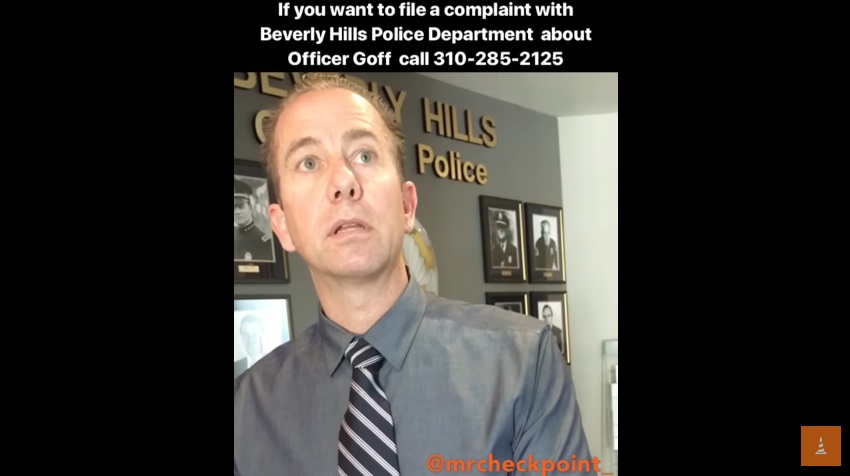 After receiving the skateboard ticket from Officer Goff which in my opinion was in retaliation for exercising my 1st amendment right to film officers. I was told a Sgt Trejo wanted to talk to me regarding  this incident but when I went to Beverly Hills Police Department 1/22/18  and met with Sgt Olson instead who gave me complaint forms since Sgt Trejo was in a meeting. I think the most useful thing from our convo yesterday was this. If you watch full video on YouTube type in “officer goff” in YouTube or google and it should pop up. You are then able to call 310-285-2125 and file a complaint over the phone regarding the interaction you saw between myself, Sennett Devermont and Beverly Hills Police Officer Goff badge number 3047 (Aaron Goff)  on Wilshire December 24, 2017.