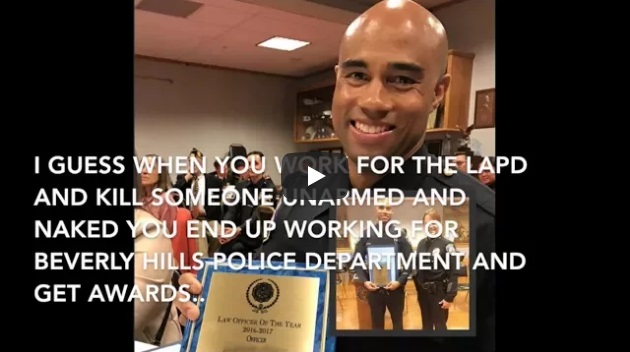 The BULLY (aaron goff) doesn’t have close to enough class or respect to actually protect and serve a community as an officer. I was recording a stop where they had he guy out of the car and I saw then search another. I didn’t get the full scoop but looked like officers were towing their car and left them with a citation. After being told by this officer to pass by on my skateboard, I headed towards the guys as they were walking away to see if they wanted to explain why they were stopped and if they needed a ride or I If anyway I could help them. But the officers had cut me off just as I caught up to them and had me get off the board, put my hands on the wall, and then sit on the curb for 10 minutes while he wrote me a ticket. Of course by the time they were done with me the guys who I was trying to catch up to were out of site.

Turns out Aaron Goff used to work for the LAPD before making $200k from Beverly Hills Police Department.

Here are some links I referenced in the video.