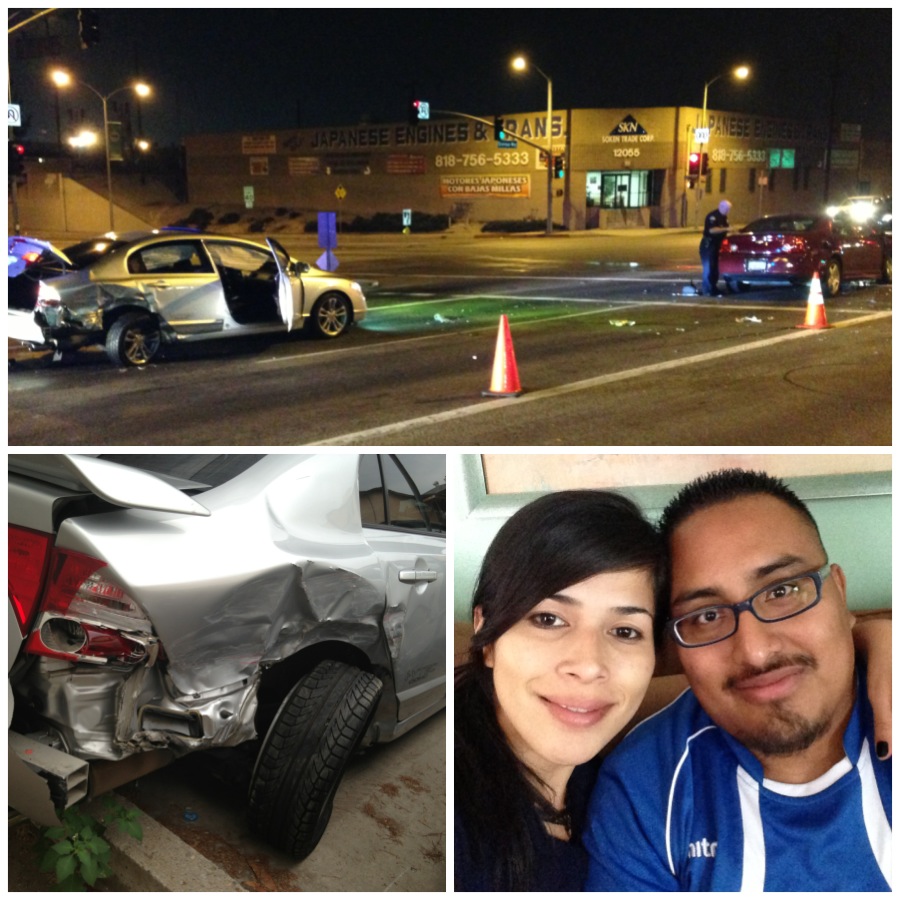 A husband and wife that follow me on social media sent me this to share their story,

“My name is Ronald Gomez and my wife is Yeny Castellanos. On the evening of July 20th (Saturday) a group of friends and us got together at an 80’s club in Downey (Hully Gully) since 80’s music is my wife’s favorite. We had a few tables reserved for her birthday and decided to have a designated driver (DD) since we knew we would be drinking. We had an awesome time and my wife was feeling special as it was her birthday celebration even though her actual birthday is Monday July the 22nd. It was 4 of us total in our car, my wife, DD, a friend of my wife’s, and I. We decided to leave the club around 12:30 and were heading back home to drop off her friend at home. My DD was driving, I was in the front passenger side with my wife behind me and her friend behind the DD, we had just exited the 170 freeway and were waiting at a red light on Sherman Way and Laurel Cyn which didn’t have any traffic. My wife was asleep and I was browsing through my phone, leaning towards the door when all of a sudden no brakes or anything was heard and BOOM out of nowhere a car hit us on the passenger rear corner right behind the wheel. With the way I was sitting, the impact shook me really bad and the airbags hit me on my head and on my shoulder along with my arms. Immediately my military training kicked in and I began to ask if everyone was ok, especially my wife I made sure everyone was conscious and called 911. The driver of the car that hit us came over and asked if we were ok when my DD asked what he did all he said was that he was falling asleep. After calling 911 and making sure everyone was ok I began to feel the effects of the accident, my arm began to twitch and ache along with my back, shoulder, and head. Paramedics came to me and at this point we were still in the car, the passenger doors wouldn’t open and the paramedics forced the front passenger door open and took me out. My wife, her friend, and the DD all got out on the opposite side as the rear passenger door would not budge. The police began to ask us what happened and we explained everything then they took the guy who hit us an they began to get his info and said they would conduct a field sobriety test. At this point I called my father who doesn’t live far from the scene of the accident and asked him to come pick us up and my wife’s uncle who has a tow truck to get the car. Then I heard the police say to the guy that crashed our car that he had blown over the allowed limit and would be placed under arrest. We found out he’s only 24 years old and had been partying. My father showed up and my wife’s uncle towed my car and that was that. I called my insurance and reported everything that happened we now also have a lawyer recommended by my brother in-law and begin the long process of the insurance.  Thank you so much for hearing our story we truly do not wish anything like this on anyone as it is a scary and horrible experience having to worry about your loved one. Thank you again, we heard of Mr. checkpoint through a friends twitter and have actually shared you guys with all our friends and some of ten have been helped by you by choosing to not drive instead of drunk driving. We follow you in Instagram, twitter, and text and we love what you do for people we hope you never stop and make people aware of how dangerous and painful drunk driving can be both physically and emotionally on people. We hope you share our story and look forward to keep contact and will keep you updated on everything that happens.” 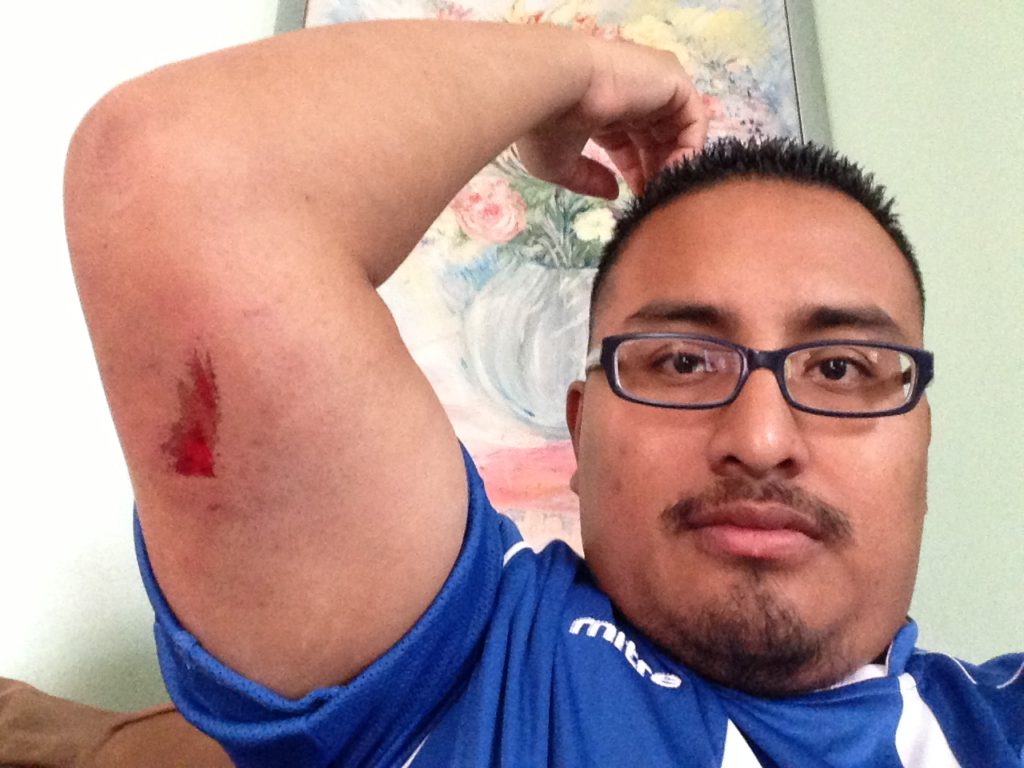 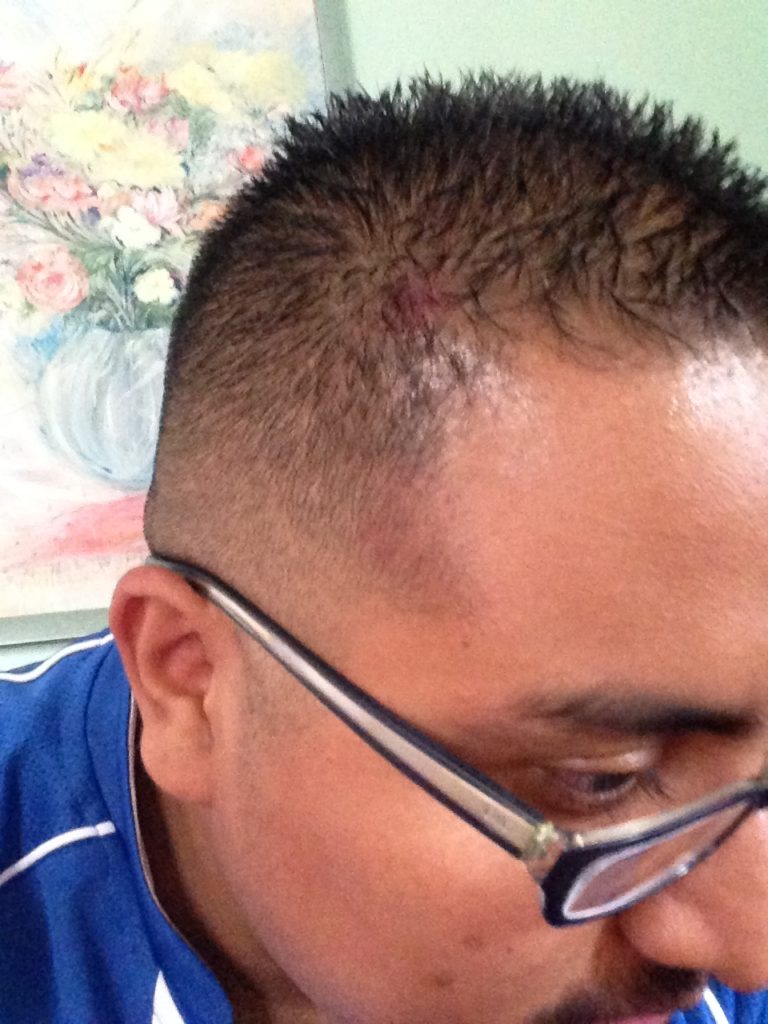 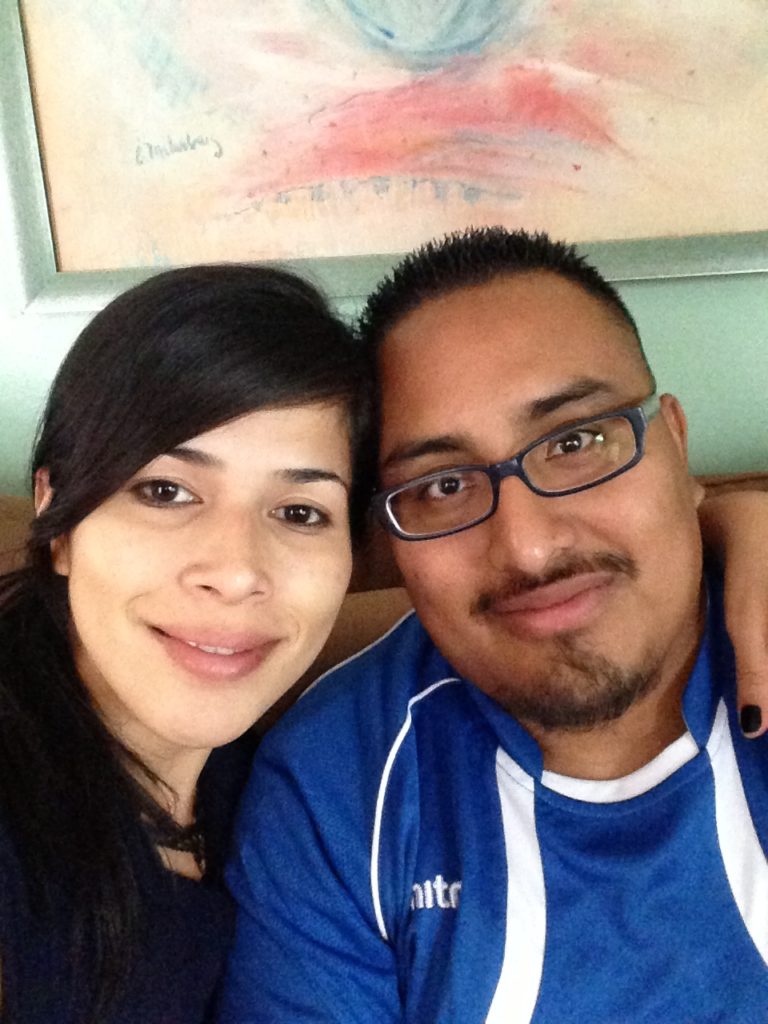