Home / Blog / “I noticed that I was acting worse because of my DUI.. 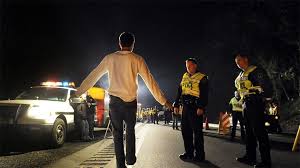 I never drank until the age of 24.  This was a blessing to me. I had two friends in high school, both named Sean, get hit and killed from a drunk driver from two separate incidents. A week apart!!!  I was so numb from the first death that the second death felt like it was just a weekly and normal event. My view of alcohol was on par with the likes of heroin, meth, etc. I vowed to never drink in my life. It was a huge evil to me!

And then I grew up and had friends that drank and were responsible and had fun and I realized that the evil wasn’t in drinking, but the evil was in being irresponsible.  I always felt like I drank responsibly after my first sip. I would hit the bar or hang out with friends and if I ever felt like I was a liability behind the wheel, I would get a cab or crash at a friends place. If I felt like I was not harming anyone and could drive safe, I would drive home.

So, I was at a friends house 5 years ago, throwing back some beer and then my friend and I ran out of beer. The stores closed in 15 minutes and one of us had to go get some brew to continue the fun. We flipped a coin and I lost. I told myself, I am on the border line of being drunk but he only lives less than a mile away from the gas station. And I never see law enforcement around here. So I will be fine and it’s really not much of a big deal.

The car behind turns out to be a county sheriff and the lights turn on. Worst feeling ever. I know that its a 50/50 chance that I may be over the 0.08. My tolerance is very high yet I might be over the limit. The cop tells me that my license plate light is out. And demands that I get out of the car. We do the field sobriety tests and then I take a breathalyzer. I wish I knew my rights cause I fell right into it all. I blow a 0.09 and get booked for a DUI. Longest night of my life. The cop was out to get a drunk driver and it was very apparent by his actions. Yet I was guilty and and had to own up to my mistake.

But! This made matters worse. My license was suspended yet I still drove. I was on a year probation, yet I still drank and got high on weed A LOT!  I noticed that I was acting worse because of my DUI situation. I was bitter! Why me?

Then, I noticed @MrCheckpoint on my feed. I became curious. At first, being negative towards law enforcement, I endorsed this follow because I was in a rebellious state of mind  and wanted to avoid another arrest and help out my other friends to avoid arrest so they could dodge the cops. And then I noticed the oath. This would be a free service if I didn’t drink or drive,

It hit me like a ton of bricks. Its not about evading the law. Its about being a respectful citizen and driving safe. I vowed to myself because of the @MrCheckpoint feed to NEVER drink and drive again.

I can honestly say that you have changed my point of view and made me realize the dangers of driving drunk. I have referred you to many friends and asked for their oath to do the same. I love getting drunk dumb pics of my friends in the cab.

The best part about honoring the @MrCheckpoint pledge is I can honestly sense my late friends, Sean and Sean, smiling down on me and approving of my new found oath to NEVER drink and drive thanks to @MrCheckpoint.

I have never met you Sennett and I have no vested interest in your product or service. But I am a walking, safe, responsible citizen because of what you have done.  I seriously was on the track of getting a 2nd DUI and harming innocent people, BUT, I can honestly say that @MrCheckpoint changed my outlook.

@MrCheckpoint has taught me to be safe and responsible. NOT to avoid checkpoints. Like I said before, its about being responsible. We have to take responsibility for our own actions.

I can’t thank you enough sir. Please keep doing what you do. I hope this testament will help you with your cause.

Much sincerity and best regards,

View all posts by Sennett Devermont →